Pakistan is a country that has always been teetering on the precipice.  In spite of an abundance of human and natural resources, spurts of growth and successes, it has been a fragile state.  To extricate ourselves from a permanent state of instability, Pakistan must focus on symptoms that make it a fragile state.  These indicators can be categorized as social, economic and political.   Stabilizing Pakistan will require an objective assessment of these Fragile State Indicators (FSI).  The myriad of problems require a strategic roadmap in order to reverse the national decline.   This will require 4 steps:

The first step is to clearly define and comprehend each indicator.

When we inspect the list of indicators, we unfortunately see a series of factors that could very well be a description of Pakistan.

he second step is to honestly assess Pakistan’s current status for each indicator.

The fourth step is the most difficult; Establishing a long-term strategy to address and mitigate each indicator.  The solution must not be tactical but strategic.  It must not be myopic but all encompassing in its scope.The third step is to understand the root causes and linkages of the indicators to each other.

The NexGen Institute will continue to work on discussing these difficult topics and determining solutions to the perplexing challenges faced by Pakistan. 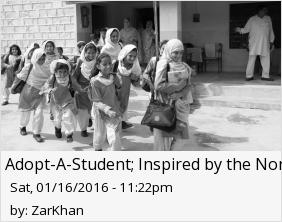