After my doctorate, I was recently attending a dinner party where I bumped into a Pakistani lady who is quite active on the social scene.  Five minutes into our conversation, she said, “Oh, you are pagalo ki daktarnee (lady doctor for the crazed).”   I was taken aback.  It may have been small talk or an insensitive joke on the surface, but her comment is a systemic issue in the Pakistani community. Misconceptions about mental illness are firmly embedded within the Pakistani culture which is propagated from generation to generation.  These attitudes are problematic and must be addressed due to the prevalence of mental health illnesses including Post-Traumatic Stress Disorder (PTSD), Depression, and Anxiety in a war-torn country.  This misconceptions about mental illness is an important national issue.

Mental disorders in Pakistan are thought to be “western concepts”, stemming from the attention-seeking needs of an over-pampered populace.  The terminology of mental illness is not well known or understood.  It is more likely to hear that someone has taken a popular self-prescribed medication called “Tenshun ki Goli” (Tension Pill) to relieve symptoms of what we know as Depression or Acute Anxiety.  Prescription medicine is widely available to the general public at pharmacies because of relaxed attitudes and unethical pharmaceutical practices.  Self-medication by “Tenshun ki Goli” are often used to suppress symptoms, hiding the underlying problems which are dismissed as “day-to-day tension.”

Rough estimates suggest that 15-30% of the population suffer from some form of mental disorder or illness. A major issue in the lack of understanding mental illness as a legitimate concern in Pakistan lies in the current language used for mental illness, and a lack of understanding of what mental illness actually is. The terminology of mental illness has its roots in Europe and America. With the fathers of psychology as they are called, originating from places like Germany, United States, and Austria, psychology and psychiatry were and to some extent are still foreign fields for most parts of the world, including Pakistan. This is not to suggest that mental health issues don’t exist in these areas, but rather there was no clear cut terminology to describe these experiences. With no known terminology to describe symptoms of mental illness, cultures were left to explain the symptamatologly as they knew best. This has resulted in misconceptions and negative attitudes towards what we now know as illnesses requiring treatment like any other medical issue.  If you ask an ordinary Pakistani if they have ever been depressed and they are like to say “No”.  Ask the same person if there has ever been a period in his/her life when they felt intense bouts of sadness and you may get a very different response.  Although the terminology used to describe the cluster of symptoms one feels when affected by mental illness differs, the occurrence is universal and has no cultural, religious, or national boundaries.

Within Pakistan, as with many other countries, the concept of religion is often intertwined with culture, leading to it’s own set of guidelines in dealing with issues. Taking a deeper look into the Pakistani culture, one can find many intersections between religion and culture, including views on illnesses. Within the culture, things that were foreign or unexplained were often seen as a result of black magic or possession by jinns. When an individual was seen talking to himself, aloof, and in his/her world the first thought to come to mind was and still often is “koi jado kar diya (someone did black magic),” “bhooth chargaya (he’s possessed),” or if all else fails, the common misconception “pagal ho gaya (he’s gone mad).”

In looking at the first two thoughts regarding jins and black magic, how else does one deal with something that is spiritual in nature, other than turning to religion. In Islam, which is the dominant religion in Pakistan, there is also the belief of jins and black magic, stemming back to the days of the prophet when people used black magic to make others sick and cause problems in their lives. The cure for such things were given in verses from the holy book, the Quran, and from certain prayers. Hafiz and spiritual healers soon enough became the healers of all matters not understood by the people. Combining both the culture and the religion, it is no surprise that the first line of treatment for mental illness in places likes Pakistan are piyars or religiously/spiritually based healers. Many people, especially in rural parts of Pakistan continue to believe that mental illness is either a form of black magic or a possession of a jinn, which is why they never seek medical treatment for their symptoms.

Sixth week into my second year clinicals, I get assigned a Muslim patient who presented with clear cut symptoms of Depression. This woman had been struggling with deep Depression for over 3 years and this was the first time she had done anything to address the issue with a professional. Why would someone suffering so much wait as long as she did to seek treatment? The answer lied in a common belief held by many Muslims (as well as other religions)….struggles are a test of faith from God and those who persevere with patience and reliance on God will come out on top. Everyday, for 3 years, this woman prayed to God and held on to her belief that only prayer would cure her. Of course, there is nothing wrong with this belief, but one must look at all aspects of the religion before coming to one way conclusions.

I completely agree, that one must have faith in and pray to God for help, but as said in Surah 13, verse 11 “Allah will not change the condition of a people until they change what is in themselves.” So while it may be the case that God created the illness as a test, he has also created avenues to treat those illnesses, along with prayer, including medicine and mental health professionals like psychologists and psychiatrists. To put things in perspective, this belief is like one who prays everyday to become a millionaire. He does nothing else, but pray day and night. Ten years later, is it to any surprise he is in the same situation? One can not merely pray for a thing to be, rather it has to be a combination of prayer and endless effort on our part to do whatever is in our ability to make our prayers/desires come true. Like this patient, there are thousands of others who believe the only way to seek help or treatment is through prayer, often resulting in avoidance of professional treatment.

With a better understanding of mental illness and with a realization that people with mental illness are not crazy individuals who chose to be in the situation they are in, the scope of treatment in Pakistan can drastically increase. How exactly can this task of spreading awareness be accomplished? For one, on the systematic level it is essential that government policies dictate that mental illness education be spread throughout primary and secondary schools, as well as at the university level. As new generations evolve, it is essential that education become the target of government policies so that that these generations to come can bring about change in Pakistan’s future.

Secondly, governments must provide funding for treatment and research into mental illness treatments, including alternative and cultural treatments, and prevention.  In looking at all of Pakistan, one can find thousands of hospitals and clinics for physical illnesses, but when looking for similar facilities for the treatment of mental illness you will see a major shortcoming. In 2009, the World Health Organization conducted a study on the mental health systems in Pakistan and found that astonishingly, there were only 5 mental health hospitals in all of Pakistan. Furthermore, there were only 342 psychiatrists and 478 psychologists. Although these statistics show many flaws in the government policies on mental health, it is also a reflection on the part of the people of Pakistan and the “gentle” effort that is being put forth by individuals and organizations informed and educated on mental illness, including mental health professionals.

It is easy to say that the government must change their policies, but where will change come from without the support of and lobby from its’ people. On an individualistic level, there are many steps people can take to bring about change on the view of mental illness. Education on an individual level is a necessity. People often think, “Oh, what difference can I make?” The answer is, you can make a world of difference, as it is individuals who essentially form larger groups, but initially it takes just one. Not uncommon in Pakistan and many other countries, is the no other polite way of saying this, but pure gossip. News of what happens behind closed doors of families, who’s marrying who, who was seen sneaking out of their house, and many other stories are spread like wild fire across cities all over Pakistan. Yet, at the same time, why do we hesitate in correcting misconceptions and negative statements about things like mental illness when we hear it? If every person, made a conscience effort to educate just one other person about mental illness, imagine the difference it could make in a country where its’ people are secretly struggling with an unknown battle. I could have just as easily kept quiet when the auntie I discussed earlier made her comment, but that would only encourage her to continue making similar statements to others, furthering the stigma associating with mental illness.

Similarly, these efforts also need to be extended to pirs and religious healers. If these healers are encouraged, along with their own treatment, to refer individuals seeking their help to mental health professionals, they can be treated on a religious, cultural, and medical basis, which is the ideal situation for Pakistan given its’ mix of religion and culture. As I said earlier, religion is not an obstacle in treating mental illness, rather it needs to be seen as a building block from which treatments can be drawn from and combined with. There is more than enough room for mental health professionals and religious based healers to work together.

Ultimately, the solution to minimizing the stigmas associated with mental illness is education on an individual and systematic level. Whether it be in formal school settings, workshops for the public, or just lobbying for the right to treatment, these efforts can go a long way and do not require a lot of resources. If we take a small step towards education of mental illness, we can start a national movement for change, but it just requires us to speak up and become the change they want to see in our beloved country.

“Here’s to the crazy ones. The misfits. The rebels. The troublemakers. The round pegs in the square holes. The ones who see things differently. They’re not fond of rules. And they have no respect for the status quo. You can quote them, disagree with them, glorify or vilify them. About the only thing you can’t do is ignore them. Because they change things. They push the human race forward. And while some may see them as the crazy ones, we see genius. Because the people who are crazy enough to think they can change the world, are the ones who do.”
― Rob Siltanen 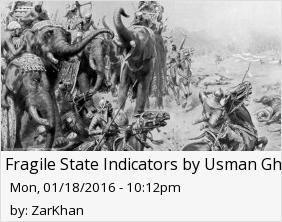 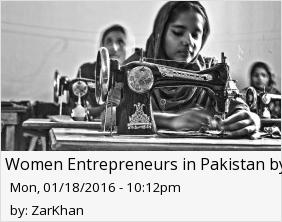